A-Z of nutrients and supplements 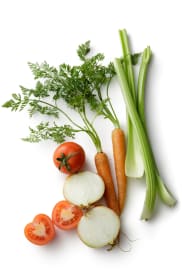 Did you know- one of the keys to healthy living is a diet that is rich in essential vitamins and minerals?

However, statistics show that over 90 per cent of Australians have an inadequate intake of vegetables, while half don’t eat enough fruit. This handy checklist of nutrients from A to Z is ideal to share with patients who may not be eating a balanced diet, and leaving themselves at risk of being malnourished.

Vitamin A plays an important part in supporting vision, bone growth, immune system and healthy skin. Because vitamin A is obtained through what we eat and drink each day, it’s important to include a range of vitamin A-rich foods in the diet. Vitamin A deficiency is rare, but can happen in people who can’t absorb it from their food. High-risk groups include those who drink a lot of alcohol, people who have liver disease, cystic fibrosis, anorexia nervosa or coeliac disease; or anyone who has recently had gastrointestinal surgery. Note: Vitamin A supplements should only be taken under medical advice, as too much vitamin A can cause a number of health problems.

Why we need them:

Antioxidants are substances that fight ‘free radicals’, a by-product of the many chemical reactions that take place in the body. Antioxidants neutralise these free radicals, thereby reducing the damage to health and the ageing effect. One of the most disruptive consequences of aging is less bladder control. However, for some people, a supplement that helps strengthen the bladder and surrounding areas may be useful. While the body produces antioxidants, they’re also found in a variety of foods. The main antioxidants are vitamins A, C, E, beta-carotene and selenium, along with phytochemicals, such as lycopene and lutein.

Found in: Nuts, wholegrains, some meat, poultry and fish, but particularly brightly-coloured fruits and veggies. Tea, coffee and cocoa are also rich in antioxidants.

B vitamins are a group of vitamins that play different roles in our health, but are all essential in their own right. Overall, they help the body release energy from food; keep the nervous system healthy; make red blood cells; contribute to healthy eyes and skin; play a role in sleep; and influence cognitive and immune function. B vitamins are mainly found in animal products and are known as:

Those at risk of deficiency include vegetarians and vegans, people who eat large amounts of processed or high-sugar foods and those who drink too much alcohol. Symptoms of a vitamin B deficiency will depend upon which type is lacking, but as deficiency can be harmful in some cases, anyone suspected of suffering a deficiency should be referred to a doctor.

Vitamin C is obtained through the diet and plays an important role in healing — particularly keeping skin, bones and connective tissue healthy; healing wounds; fighting and preventing infections; and assisting with the absorption of iron from food. Vitamin C deficiency (also known as scurvy) is rare, however those who smoke heavily or are dependent on alcohol or drugs may be susceptible. Elderly people, those with an eating disorder or people in low-income households are also at risk, as they may find it more difficult to get access to fresh fruit and vegetables. In addition, those with health conditions such as coeliac disease, ulcerative colitis or Crohn’s disease may also be at risk.

Found in: Fruits and vegetables such as citrus fruits, berries, blackcurrants, kiwifruit, all colours of capsicums, tomatoes, sprouts, and broccoli.

As well as being essential for healthy teeth and bones, calcium it’s also required for the healthy function of nerves, muscles and the heart. Calcium deficiency may lead to osteoporosis. In order for our body to absorb calcium, we also need vitamin D. Those at risk of calcium deficiency include people postmenopausal women; those taking medications such as antibiotics, anti-seizure medication or proton pump inhibitors; and people with thyroid or kidney problems.

Found in: Dairy foods such as milk, yoghurt and cheese are the richest sources of calcium, however it’s also found in tofu, canned fish (particularly varieties with bones), green leafy vegetables, nuts, cereals and legumes.

Vitamin D aids calcium absorption. Unlike other nutrients, around 80% of vitamin D is formed as a result of exposing bare skin (i.e. without sunscreen) to the sun. The amount of time you need in the sunlight depends upon where you live, the season, what time of the day you’re in the sun, your skin colour and the amount of skin exposed. Those who spend lots of time indoors, cover their skin for medical or religious reasons, are obese, or take medications that affect vitamin D absorption, may be at risk of deficiency. Anyone with a deficiency may benefit from a vitamin D supplement.

Vitamin E contributes to the proper functioning of many parts of the body. It acts as a defense against free radicals, and may help protect from heart disease and some cancers. It also aids good skin, vision and helps the immune system function properly. It’s important not to take a vitamin E supplement without medical advice, as it can be harmful, especially to people who take blood-thinning medications or cholesterol medications.

Iodine is needed to support normal growth and development of the brain. It’s also required to produce a hormone called thyroxine, which is important for the growth of bones, and nerves, as well as helping the body use fats, proteins and carbohydrates. Iodine deficiency is the most common cause worldwide of thyroid disease, with more than 50% of children, and pregnant or breastfeeding women deficient in the element.

Found in: Oysters, snapper, tinned salmon. Bread, eggs, milk and milk products such as yoghurt also contain iodine, and some brands of salt have added iodine.

Iron plays an important role as it produces haemoglobin in the blood, which carries oxygen around the body. It’s also important for the immune system, skin, hair and nails. A deficiency can cause the patient to be fatigued or develop anaemia. People at risk of developing iron deficiency include those who lose a lot of blood (through menstruation, stomach and bowel problems, as a result of some medication), those who don’t include iron-rich foods in their diet, people who can’t absorb iron in the bowel (Crohn’s disease, untreated coeliac disease).

Vitamin K helps the liver make proteins that help blood to clot. It also plays a role in bone health. Our body produces vitamin K and we also get it from fat in our diet. We only need a small amount each day, but it’s important to ensure levels are right as deficiency can mean blood doesn’t clot properly. Most people get enough vitamin K in their diets.

Why we need them:

Omega-3s are also known as essential fatty acids. They play an important role for heart health, eye health, brain health and development, fight inflammation, joint health and improve mood. As they can’t be produced in our body we need to obtain them from our food. However, taking a supplement can also be useful if ensuring an adequate intake is difficult.

Selenium is a mineral that acts as an antioxidant. However, too much can be harmful so supplements should only be taken on the advice of a doctor.

Sodium is most commonly found in salt. While too much salt is unhealthy, small amounts are required to keep the electrolytes and fluids in our bodies balanced.

Found in: Mostly processed foods. Only 10% of salt consumed occurs naturally in food, with the majority of our sodium (salt) intake coming from processed foods. That’s why it’s important to limit these types of foods

Zinc is required for a healthy immune system and many of the body’s normal functions such as wound healing, blood clotting, thyroid function, and the senses of taste and smell. We only need small amounts and usually can be obtained through our diet.

While it’s important to eat a healthy diet most of the time, eating well shouldn’t be a source of stress. Patients who struggle to eat a balanced diet or who are at risk of vitamin and mineral deficiency can boost their nutrition through supplementation. There are a range of different products available that are designed to fill nutritional gaps.

Looking for more tips on improving your nutritional intake? Check out our wide range of health tips from leading health professionals. 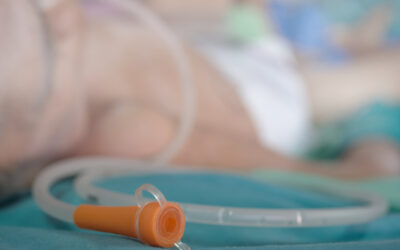 What is PEG feeding?

What is PEG feeding? PEG (Percutaneous Endoscopic Gastrostomy) is a medical procedure carried out to insert a tube into your stomach. Insertion of a PEG tube means you can receive food, fluids, or medication directly into your stomach (also known as enteral feeding)... Which foods help make you happy?

Which foods help make you happy? There is a relationship between what you eat, your gut, and your mental health and wellbeing. So how exactly does food affect your mood and how can you feed your happiness?What you eat will affect how you feel The gut is now known as a... 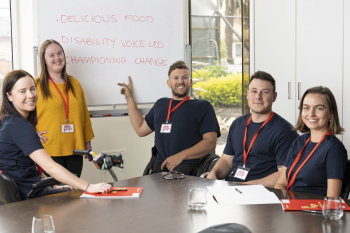 How Able Foods are shaking up the ready-made meal space

How Able Foods are shaking up the ready-made meal space  Championing food accessibility and centring the voices of disability are core drivers of Able Foods, says co-founder Spencer Ratliff. After launching in 2020, Able Foods now offers a range of ready-made...

This article is sponsored by Independence Australia, a social enterprise that provides choices for people living with a disability or other personal need, enabling them to regain and retain their independence within a supportive community.

If you would like to support the valuable work we do, you can help us to provide choice for people living with a disability or other personal need by shopping online with us or making a donation.